Touradj Ebrahimi received his M.Sc. and Ph.D., both in Electrical Engineering, from the Swiss Federal Institute of Technology (EPFL), Lausanne, Switzerland, in 1989 and 1992 respectively. In 1993, he was a research engineer at the Corporate Research Laboratories of Sony Corporation in Tokyo, where he conducted research on advanced video compression techniques for storage applications. In 1994, he served as a research consultant at AT&T Bell Laboratories working on very low bitrate video coding. He is currently Professor at EPFL heading its Multimedia Signal Processing Group. He is also the Convenor of JPEG standardization Committee. He was also adjunct Professor with the Center of Quantifiable Quality of Service at Norwegian University of Science and Technology (NTNU) from 2008 to 2012.  He is now also the head of information security at C4DT.Prof. Ebrahimi has been the recipient of various distinctions and awards, such as the IEEE and Swiss national ASE award, the SNF-PROFILE grant for advanced researchers, Four ISO-Certificates for key contributions to MPEG-4 and JPEG 2000, and the best paper award of IEEE Trans. on Consumer Electronics . He became a Fellow of the international society for optical engineering (SPIE) in 2003. Prof. Ebrahimi has initiated more than two dozen National, European and International cooperation projects with leading companies and research institutes around the world. He is a co-founder of Genista SA, a high-tech start-up company in the field of multimedia quality metrics. In 2002, he founded Emitall SA, start-up active in the area of media security and surveillance. In 2005, he founded EMITALL Surveillance SA, a start-up active in the field of privacy and protection. He is or has been associate Editor with various IEEE, SPIE, and EURASIP journals, such as IEEE Signal Processing Magazine, IEEE Trans. on Image Processing, IEEE Trans. on Multimedia, EURASIP Image Communication Journal, EURASIP Journal of Applied Signal Processing, SPIE Optical Engineering Magazine. Prof. Ebrahimi is a member of Scientific Advisory Board of various startup and established companies in the general field of Information Technology. He has served as Scientific Expert and Evaluator for Research Funding Agencies such as those of European Commission, The Greek Ministry of Development, The Austrian National Foundation for Scientific Research, The Portuguese Science Foundation, as well as a number of Venture Capital Companies active in the field of Information Technologies and Communication Systems. His research interests include still, moving, and 3D image processing and coding, visual information security (rights protection, watermarking, authentication, data integrity, steganography), new media, and human computer interfaces (smart vision, brain computer interface).He is the author or the co-author of more than 200 research publications, and holds 14 patents. Prof. Ebrahimi is a member of IEEE, SPIE, ACM and IS&T.Professor Ebrahimi is collaborating with QI on the development of machine learning image forgery algorithms through the InnoSuisse program. He is also key in setting up QI’s Eureka and Eurostar EU collaborations with leading universities for digital forensics and machine learning. He is also in contact with top scientists from DARPA, Google, Facebook and Adobe, and is advising us on best path forwards. 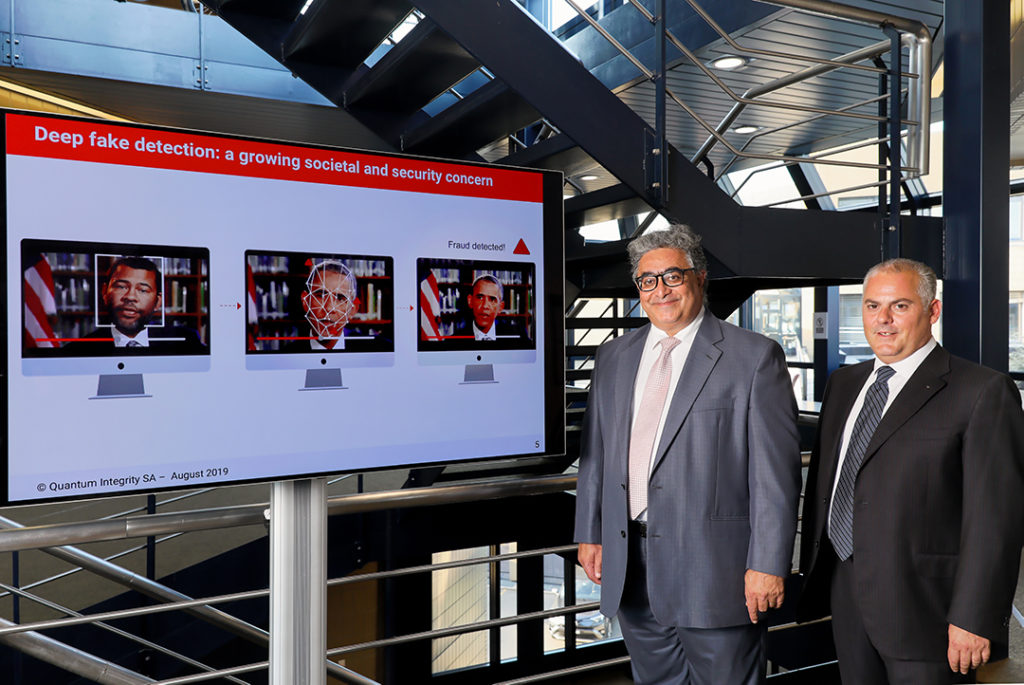